The 13th edition of the event, which will take place on May 13 and 14 in Michigan, USA, has attracted more than 300 athletes. According to Amul Gorkhali, International Open Friendly Taekwondo Championship (IOFTC), local event manager, more than 300 players had registered for the competition by May 10th and weight of 13 players will be taken. The main competition will be held on May 14.

“The number of registered participants has now exceeded 300,” Gorkhali says. Only 32 Nepali players have registered from various states in the United States. Apart from the United States, players from Nepal, Canada, and other countries are expected to participate by the tenth. Mexico, Qatar, India, South Korea, and the Philippines are among the countries involved. 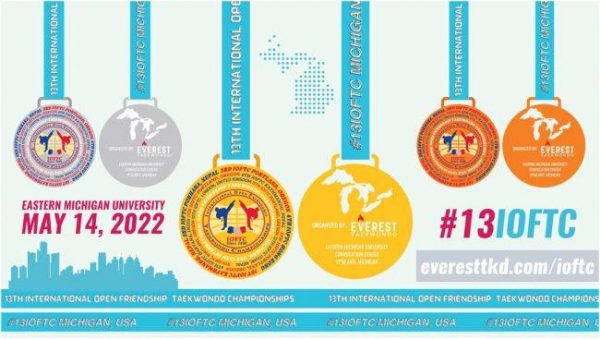 Only two Nepali players have acquired visas, and their participation has not yet been confirmed.

The championship will include 22 referees. Ten of them are international, eight referees are from countries other than the United States. The championship’s referee director is former US Taekwondo CEO Bruce Harris. The Australian Olympic referee Rene Levos is also judging the team. Raymond Sue, a member of the World Taekwondo Poomsae Committee, is another referee. 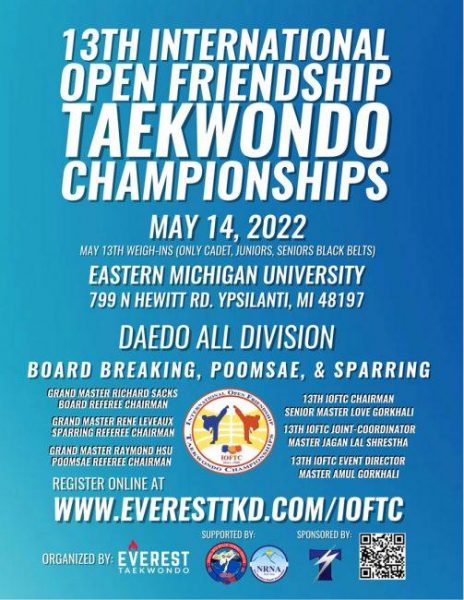 The participants’ participation was promising, according to Love Gorkhali, director of the local organizer Everest Taekwondo Academy and head coach and coordinator of the event. “Since Covid-19 has only recently reopened, getting an interview date is tough, and many players have already missed out,” says the coach. “However, the manner the players have been registered thus far is better than we expected.”

The International Open Friendly Taekwondo Championship Headquarters Portland has been hosting the event since 2000. The championship’s first two editions were held in India, Hong Kong, and the United Kingdom. The competition is being staged for the fourth time in the United States.

In 2018, Nepal hosted the 12th edition of the tournament. Covid forced the postponement of the 13th Championship, which was originally set for 2020.

“We look forward to greeting the world to the 13th edition,” said IOFTC Secretary-General Korean Blackbelt and Board of Directors Master Diwakar Dan Maharjan.